Originally founded in 1777 on the banks of the nearby Guadalupe River, Santa Clara Mission de Asis was the eighth mission in the chain of 21 missions in California. The mission moved five times due to destruction from flood, fire, and earthquakes until is settled at it's current location in 1822. Santa Clara Mission was the first to bear the name of a woman, St. Claire of Assisi, who was an early companion of St. Francis. When Mexico succeeded from the Spanish empire, the missions were basically abandoned and in 1851 Mission Santa Clara was converted to the first college of higher learning in the new state of California, known as Santa Clara University. The Adobe Lodge building, which is now a dining establishment on Santa Clara University campus, is the only remaining adobe building that was part of the original mission complex and made up the west end of the quadrangle. Guided tours of the mission are not available, however, self guided tour pamphlets are available in the north-east corner entrance of the mission church. Parking is available for FREE on campus by stopping by the guard kiosk and letting them know you're there to visit the mission. 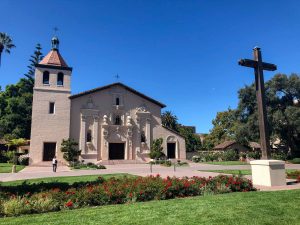 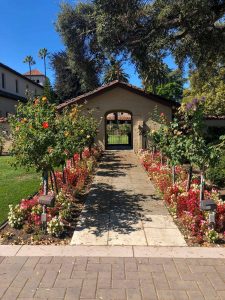 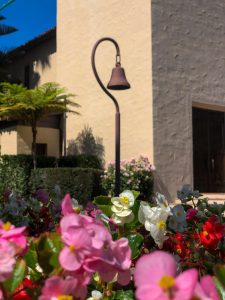 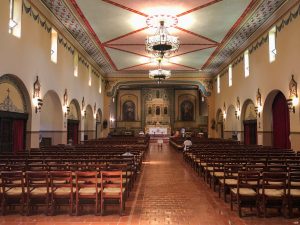 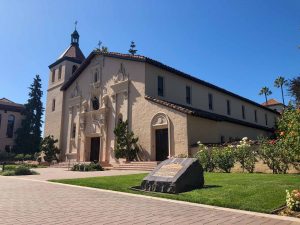 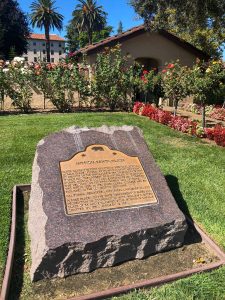 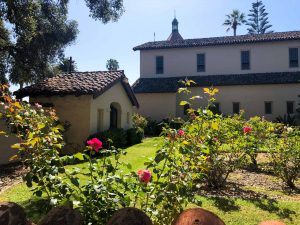 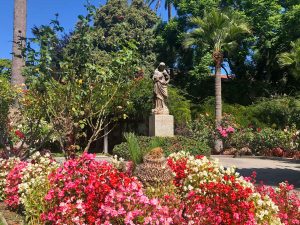 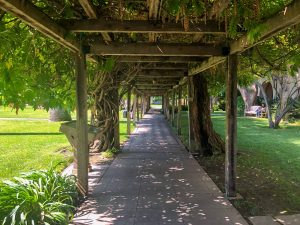 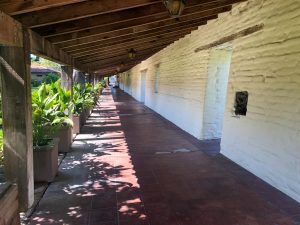 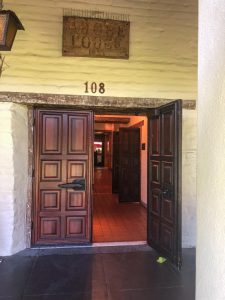 Oldest Residential Building in the city of Santa Clara

Historic landmark and point of mystery