Stand at the exact location where, in 1769, the Spanish expedition team led by Captain Juan Gaspar de Portolá first set eyes on the San Francisco Bay Area. The expedition team was sent from San Diego to search for the Monterey Bay, but failed to recognize it as they passed, and eventually arrived at the top of Sweeny Ridge just outside the present-day Pacifica where they saw the San Francisco Bay. The Portola Discovery Site is now part of the Sweeny Ridge area of Golden Gate National Recreation Area. 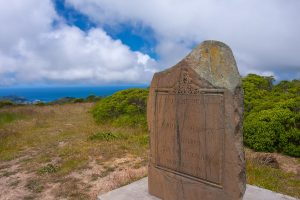 San Bruno Mountain stands as a mountain landmark in an area dominated by urban population, running in an…