Point Sur State Historic Park was established to protect and preserve the Point Sur Lighthouse and the former Point Sur Naval Facility (NAVFAC). Built in 1889 on top of a 361 foot high volcanic rock that jets out into the Pacific Ocean, the Point Sur Lighthouse is the only complete, turn-of-the century Lightstation open to the public in California, and is on the National Register of Historic Places. The Naval Facility was constructed as part of a worldwide network of defensive listening stations that tracked the movement of Soviet submarines. Both the lighthouse and Naval Facility are open to docent-guided tours. 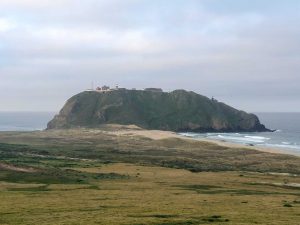 Forested park in heart of Big Sur with hiking, camping, and access to national forest