Historic row of Victorian houses popularized by movies and TV

One of the best-known groups of "Painted Ladies" is the row of Victorian houses at 710–720 Steiner Street, across from Alamo Square park, in San Francisco. It is sometimes known as "Postcard Row." The houses were built between 1892 and 1896 by developer Matthew Kavanaugh, who lived next door in the 1892 mansion at 722 Steiner Street. This block appears very frequently in media and mass-market photographs of the city and its tourist attractions and has appeared in an estimated 70 movies, TV programs, and ads, including in the opening credits of the television series Full House and its sequel Fuller House. Wikepedia 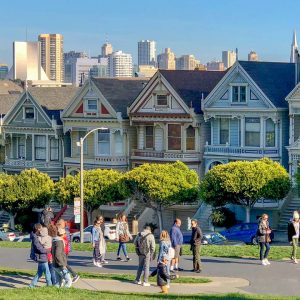 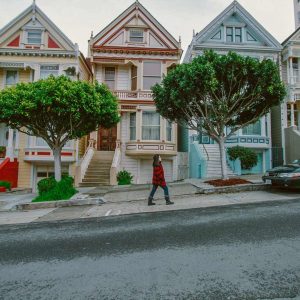 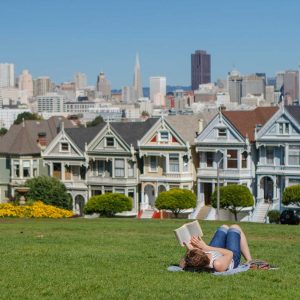 Known as the crookedest street in the world

The oldest public Japanese garden in the United States

Explore plants from around the world in Golden Gate Park