The oldest public Japanese garden in the United States

The Japanese Tea Garden is the oldest in the United States built in 1894 as a Japanese Village exhibit in the heart of San Francisco’s Golden Gate Park for an exposition. Following the exposition, the garden grew in size and has become one of the most popular attractions for visitors to the park. The garden, which features classic elements Japanese garden elements such as an arched drum bridge, pagodas, stone lanterns, stepping stone paths, native Japanese plants, serene koi ponds and a zen garden, provides visitors from around the world with an opportunity to experience the natural beauty, tranquility and harmony of a Japanese-style garden. The Japanese Tea Garden is located next to other notable attractions within Golden Gate Park including the de Young Museum, Music Concourse, California Academy of Sciences, and the San Francisco Botanical Garden. 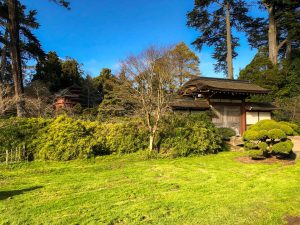 Explore plants from around the world in Golden Gate Park

Western terminus of the first coast-to-coast highway in America