Fort Yellowstone is located in the Mammoth Hot Springs Historic District, where 35 structures remain from the 1890s and early 1900s when the US Army administered Yellowstone National Park. Significant conservation policies were developed at the fort that led to the origin of the National Park Service. For the decade after 1872 when Yellowstone National Park was established, the park was under serious threat from those who would exploit, rather than protect, its resources. Poachers killed animals, souvenir hunters broke large pieces off the geysers and hot springs, developers set up camps for tourists, along with bath and laundry facilities at hot springs. The Army came to the rescue in 1886 to begin what would be more than 30 years of military presence in Yellowstone. A self -guided tour of Fort Yellowstone is available. National Park Service 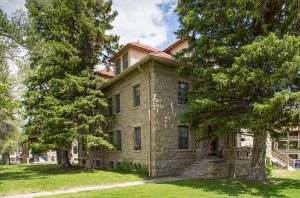 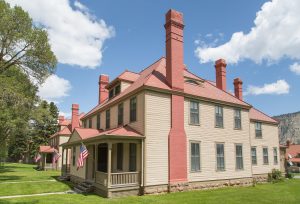 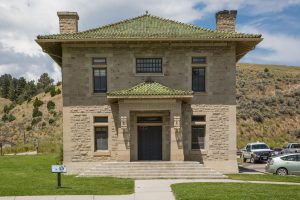